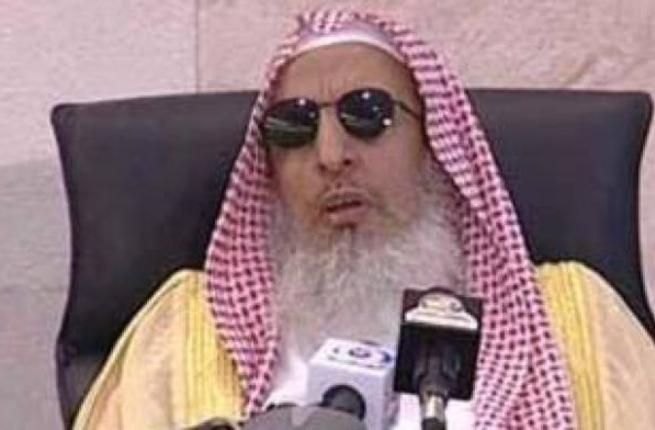 Try to imagine an Italy where the Pope and his Vatican state are not merely tenants of Rome, but are the spiritual guidance of the entire Italian nation. The pope issues decrees and makes proclamations that impact all the Italian people. He tells women to dress modestly as they stroll through the nations piazzas. Perhaps, the clubs of Rome will be subject to a curfew and the Carabinieri patrol the streets enforcing the tenets of Catholicism. This is, of course, a wildly egregious scenario. However, such a situation does exist. Not in Italy, but in another country with which the United States shares a close and special bond.

Examine a portrait of the Saudi ruling monarchy and you may notice a gaunt figure with a thinning, white beard standing off to the side. This man is Abdul Aziz al ash-Shaikh and despite his flowing robes, he is not a royal. Ash-Shaikh is the religious conscience of the Saudi Monarchy. He is the blind great grandson of Muhammad ibn ʿAbd al-Wahhab, the founder of Saudi Arabia’s Salafist brand of conservative Islam. As the Grand Mufti of Saudi Arabia, he serves at the behest of the Monarchy and tasked with promoting the countries unique Islamic ideology. Saudi Arabia’s Salafist brand of Islam endorses a hard-line approach which has endangered the rights of women and minorities. The Grand Mufti is the man charged with lending religious justification to these policies.

Ash-Shaikh was on hand to address millions of Muslims who were making the hajj to Mecca this October and delivered a speech that should now be infamous if it weren’t so little known. He stated that the adherents of Islam must seek unity but went on to say that this would be incompatible with democracy.

For the thousands of Muslims across the Arab World who had made sacrifices for a democratic future, Ash-Shaikh greeted them in Saudi Arabia with a rebuke. A democratic Middle East should be a place where Americans and Muslims can discover commonalities, but in this Saudi-approved vision, a democracy is incompatible with Muslim values. Assuredly, the Islamic world knows these statements are illogical, but they are said with the authority of the Saudi government.

Ash-Shaikh has been a bulwark for Saudi status quo for years and does not advocate on behalf of any of state’s supposed reforms. The Grand Mufti tongue-lashes women who dare to be seen without headscarves and speaks with the authority of the Saudi state. Considering that this man and his position are staples of the Saudi government, the opinions he espouses are not just divergent from American values of tolerance, they are unconscionable.

Ash-Shaikh has made a number of proclamations that put his fanaticism on par with the worst offenders of Al Qaeda and the Taliban. Particularly alarming was a largely disregarded fatwa for the destruction of all churches on the Arabian Peninsula. While religious leaders of all faiths in Turkey and the European Union balked, the Saudi regime issued no reprimand and the American government seemed unperturbed.

Ash-Shaikh’s church comments are hardly a fluke. As the religious guardian of the Saudi state, Ash-Shaikh has taken ample opportunities to prove he is out of touch with his people and the world. This past April, he decreed that girls of ten years of age were ready for marriage. In early October of this year he had the following to say of the users of social media: “Twitter and similar websites are founded upon lies and defamation, people who use them are fools and lack modesty and faith, and quackery is clear in their writings.

”These are strong and unforgiving words for the 500 million users of an open-access micro-blogging website, commonly used by celebrities to share what they had for lunch with their adoring fans.

Another noteworthy cleric in the Saudi regime is Saleh Alsadlan. Though he does not have the international visibility of the Grand Mufti, he is still a high-ranking member of the Council of Clerks. In his sermons, which are also state-approved, he advocates “entertainment marriages” or marital unions between elderly men seeking out young women who will take care of their every whim in their final days. As a pit bull for the religious institution and the monarchy, he also advocates the swift and awesome severe punishment of critics of the regime.

The United States does sizable business with the Saudi regime. We give them financing for military expenditures; we overlook diplomatic faux pas in their favor and we allow the devastatingly corrupt Saudi monarchy to lecture us on the morality of American policy. Still, the existence of the position of Grand Mufti is shameful. He is a fixture put in place to mock the west, stifle reform and give a sense of validation to a backwards society.

Ash-Shaikh has not filled the traditional spiritual role as a voice for peace and tolerance. He abuses his position to preach bile and hatred. The Saudis put him there and international spiritual and political leaders have rebutted his outrageous comments. Except of course from the United States, where we remain blissfully unaware of this man and the threat of his state-sanctioned ideology.