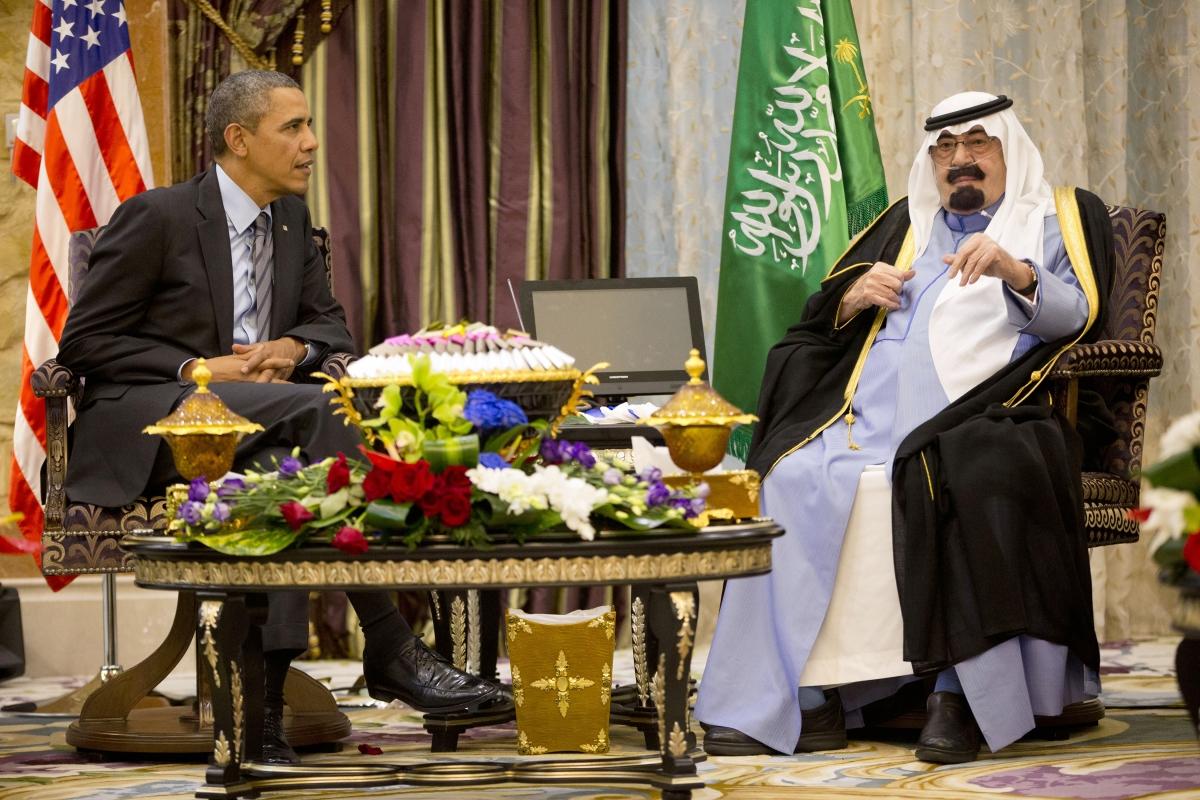 Washington DC — After concluding a major trip to Europe where discussions focused on the Ukrainian Crisis, President Obama arrived in Riyadh late last month for a summit with Saudi King Abdullah. According to many reports, the Saudi reception to Obama was cold and reflected Saudi displeasure with American policies on the Middle East.

The trip was billed by the Americans as a reconfirmation that US relations with the Saudi Monarchy will remain strategic, but the Americans have their work cut-out for them in the Kingdom this year. The President’s stint in the Kingdom was overshadowed by a European dominated agenda that focused primarily on Russia’s annexation of Crimea and a global philanthropy meeting with the Pope in Rome.

The highly publicized Saudi-U.S.-Iran triangle was probably the most pressing item on the agenda with President Obama reassuring his Saudi allies that he is not favoring Iran at their expense. The Saudis fear the recent warming of relations between the United States and Iran and progress on the Iranian nuclear deal. Aside from the Iranian issue, the US will still have to convince the Saudis that they are not selling them out in a grand bargain with Iran.

However, there were many other pressing issues on the table for discussion between the United States and Saudi Arabia. Not as well-publicized, but possibly more immediate for the Saudis than Iran at this stage, is aid packages and political support for the new Egyptian government, Palestinian-Israeli peace negotiations, U.S. support for the current Iraqi regime headed by Shi`a Nouri al-Maliki and Kurd Jalal Talabani, and much more.

A scheduled meeting in Riyadh with the heads of the Gulf Corporation Council and President Obama was cancelled due to Saudi tensions with Qatar as well as supposedly deteriorating relations between Washington and some of the smaller Gulf States.

The Egyptian subject is a delicate one. President Obama’s last visit to Riyadh was in June 2009 and was shortly before he visited Cairo where he gave his infamous speech prior to the Arab Spring and the fall of the U.S. backed Hosni Mubarak government.

A former supporter of the now-detained ex-President Morsi, President Obama has now turned his cuff twice on the Egyptian government. Superficially however, the Saudi kingdom, having recently listed the Egyptian Muslim Brotherhood as terrorist group, and the President are on the same page in terms of their intention to continue with aid packages to the Egyptian military government as a bolster against terrorist factions and political insurgencies. Diplomatically, it is possible that President Obama can help build a back-channel to repair relations between the Saudi monarchy and the Brotherhood.

In terms of Palestinian-Israeli peace negotiations, the United States will likely encourage the Saudi government to continue to act as a conduit for regional stability. The Kingdom has an ‘under–the-table’ clandestine relationship with Israel chiefly based on their shared fear of Iran and shared hostility to the Muslim Brotherhood as well as Hamas. While the Saudi Kingdom is suspicious of the Palestinians in general, the Kingdom at the same time covertly maintains a relationship with these elements as well as paying ample lip-service to the ‘Palestinian cause’. The United States may hope that the Saudi Kingdom can play a role in brokering a new peace accord between Abbas and Netanyahu as well as fostering commercial relations between Israel and other Gulf States and economic opportunities for Palestinians.

The Obama-Saudi visit achieved very little for both sides and can be summed up as a no-win endeavor. The Saudis did not get Obama to adopt and pledge support to their position on the critical issue of the Iranian nuclear deal and Obama could not get the Saudi to ease their fear of the nuclear deal and their policy of supporting militancy and counter revolution in the region.

Obama’s biggest mistake however, may have been that he disregarded his strongest card with the Saudis, their shameful human rights record that have already permanently marred his legacy in the region.