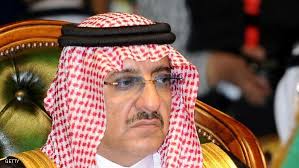 Washington, DC – The Institute for Gulf Affairs is releasing an exclusive investigation showing the White House is set to host several egregiously anti-Semitic newspaper editors from Saudi Arabia and other Gulf monarchies later this week.

The investigation identifies several Saudi, Kuwaiti and Bahraini newspaper executives whose outlets have published dozens of anti-Semitic articles over the years that describe Jews as “A definition of filth and dirtiness,” and accuse them of plotting against Islam and Muslims since the seventh century. Other accusations include creating terrorist groups and fifth columns inside Arab countries to kills Muslims, and publishing altered copies of the Quran.

Although these editors have published hundreds of anti-Semitic articles over the years, we were able to translate a selection of them (translating them all would be a lengthy undertaking). The investigation found that none of the newspapers in question ever published anything that described Jews in a positive light.

It was not clear if the White House will prevent these anti-Semitic publishers from entering its grounds and Camp David. Newspaper editors in Saudi Arabia & GCC countries usually reflect their governments’ official positions and receive large financial subsidies from these governments.

The report lists the names and photos of these editors and their contact information for media purposes. Translated article excerpts are also included.
Full report in PDF HERE