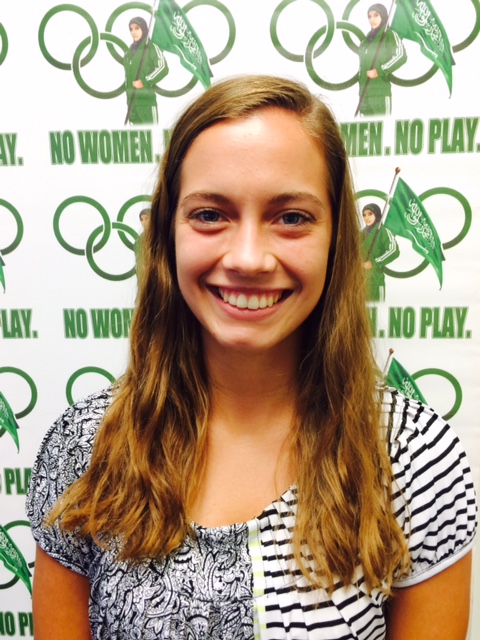 Despite FIFA’s beleaguered image in recent weeks, Women’s World Cup in Canada is attracting global attention as it celebrates the hard work of women athletes everywhere. Football is the world’s sport and FIFA believes that football is for all. But the fact is, football is not for all — at least not yet.

Among the teams competing this year, one country is conspicuously missing from the Women’s World Cup stage — not because this team did not qualify, but because it has never been allowed to exist in the first place.

Saudi Arabia is the only country in the world without a national women’s football team because the Saudi government bans sports for women. There are no physical education classes in girls’ public or private schools, and there are few women’s health clubs or gyms, greatly limiting the chance for daily exercise for the country’s 10 million women.

The ban on women’s sports is not only an act of gender discrimination, but it also violates the women’s right to lead healthy lives. As the Institute for Gulf Affairs reported in the recently release Killing Them Softly, the sedentary lifestyle forced upon Saudi women by their government carries the risks of obesity, a higher likelihood of developing heart disease, high blood pressure, Type 2 diabetes, vitamin D deficiency and osteoporosis, among many ailments. If unchecked, these health issues can pose a threat to the expectancy and quality of life. The ban also denies women the opportunity to express themselves through physical exercise, which could benefit their sense of self physically, emotionally and mentally.

Saudi Arabia is a member of FIFA, and has had a national men’s soccer team for years. Article 3 of the FIFA Statutes says, “Discrimination of any kind … on account of … gender … is strictly prohibited.” If that holds true, then Saudi Arabia is in violation for discriminating against women, and FIFA is in violation for allowing the kingdom full member status while it commits offences against its women citizens.

FIFA has an opening to promote change “For the World.” In its Women’s Football Development Programmes and Guidelines 2015-19, FIFA outlines its goal of increasing the participation of women and girls. One tenet of this program seeks to “fight discrimination against women in sport and society.” FIFA should then act to lift the Saudi government’s ban on women’s physical education and sports, and encourage more women and girls interested in playing football. FIFA must recognize that although cultural differences exist among member countries, culture cannot excuse depriving women of a basic human right of exercise.

The ban of women sport is enforced by the government, not the people. It is a reflection of how the Saudi government wants to see its society.

For full article click HERE
Emily Pinderski is a campaign co-ordinator for No Women No Play, which aims to lift the ban on women’s sport in Saudi Arabia.